I never used to put much weight behind New Year’s Resolutions. It wasn't the burden of achieving a goal that bothered me, it was the setting part. If I made a resolution, it needed to be unique – more unique than anyone else's – something oh so profound that showed my cerebral approach to life – something that I could smugly announce whenever nobody asked. So, usually, when I couldn’t think of anything clever enough, I’d just say 'I don’t do resolutions' – which ironically is not very unique.

This year, a couple of months before the ball dropped, I began toying with some goals that I wanted to achieve but hadn't. Nothin' to lose, I slung my intentions out into the universe in the form of some good ol' fashioned new year's rezzies.

The number one resolution is a bit of a life change. I’ve gone veggie. I blame it on that Swedish teen with the ‘anger management problem’ and iconic braid, Greta Thunberg. Animal agriculture and eating meat are the biggest causes of global warming. I’m not pretending to be the most eco-friendly person on the planet, but we can all make some minimal efforts to be better humans... or we can just burn this mother' down. Either/Or.

This one I blame on self-dev gurus like Mel Robbins and Brené Brown. I love all kinds of art and anything creative, but I personally enjoy drawing and writing. On the writing front, I'm committed to pumping out two blog posts per month. Congrats! You’re reading one of the two right now. You're welcome. For art, well that's none of your business. 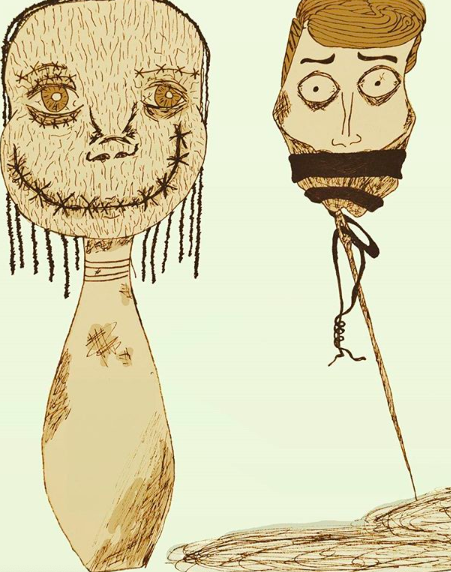 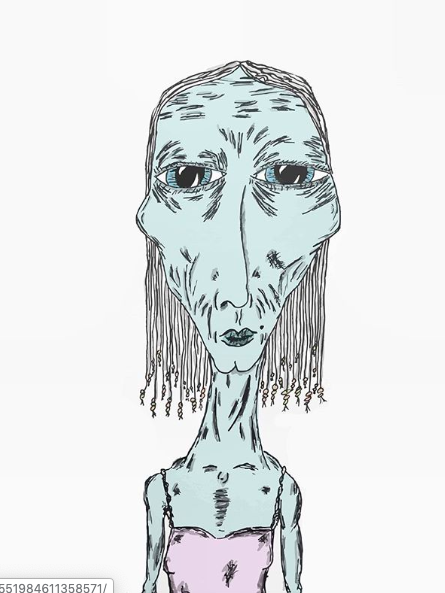 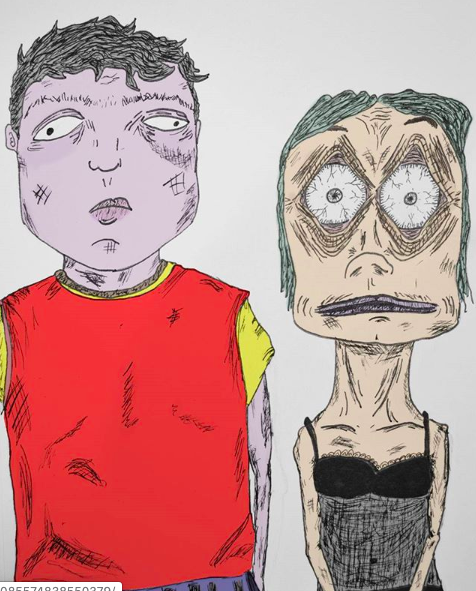 After a few failures to launch, I'm back to quench muh French, s'il vous plaît. Last year, I had an issue with a French course gone awry and probably a lack of a commitment to actually learning. Now, I'm at it again: a daily lesson over my lunch break AND 2 chapters per week from an interactive box set. AND as you'll see later, I've been testing my nouveau skills on unsuspecting strangers...but un pas après l'autre.

More descriptively: get a 4 pack. I know that a 6-pack is industry standard but just have a seat there, Absalom. I’ve had a bit of an uneasiness surrounding my doughy physique since this one winter in college when I lost a bunch of weight due to a diet of Adderal, Camel Crushes, Redbull and whatever. As glamorous as that lifestyle may sound, unfortunately, it wasn’t sustainable. When my partying reduced, my waistline expanded, and I developed a serious case of early-onset dadbod. If someone could start a GoFundMe that'd be aces.

To finally tackle this, I’ve copped a gym membership, scoured through my emails to find a workout routine that my brother Collin typed up for me in 2009, and I've started trying out some additional fitness and wellness classes around town. Some of my experiences in these classes are worth talking about...

As I walked into the studio for my first EMS session, instead of a warm greeting, I was met with a cold reprimand from a heated front desk lady named Margot. Eyebrows lowered and lips pursed, Margot crankily pointed at her watch, then at me, then at a clock on the wall, then back at me. Words flew from her mouth too rampant for comprehension. It was as though she was speaking another language. Yes, I was 5-10 minutes late, but slow your roll, Margot. I smirked a little, rolled my eyes a little, and unapologetically asked, ‘où est le toilette, Margot. I need to change my clothes.'

A real bilingual cat, I am.

Still irked, she handed me a towel and a spandex outfit. I scurried off to the locker room to squeeze into the skintight getup. Waiting just outside of the locker room door was my trainer for the day, Raphael. Raph-dawg gave me a timid Frenglish introduction then proceeded to explain that EMS stands for Electrical Muscle Stimulation. It works by using electrical surges to amplify the naturally occurring electrical impulses which happen whenever one of your muscles is contracted. This intensifies the workout so much that 20 minutes of EMS is equivalent to a 4-hour workout.

He actually explained none of this, but that’s show biz, baby.

With the assistance of Margot, Raphael zipped me into a Mission Impossible-style life jacket. This neoprene vest was equipped with electrode-patches that covered each muscle group. Then they slapped some wired velcro cuffs around my arms and thighs.

We began the workout by setting the intensity level. The feeling started out as tingly then increased in strength until I was convulsing with every surge. Raphael guided me through a fairly simple workout (planks, knees-to-elbows, curls with light weights etc.) Every 4 seconds a current jolted my muscles into temporary rigor mortise.

After the workout, I was that ‘good kind of sore’ for the next 3 days. My glutes burned, I could feel back muscles that I never knew existed…for a 20-minute workout, it had terrific results.

Would I do it again? Well, I’ve done it three times now (at better studios). I find it effective, especially when doing it alongside a normal gym routine. The problem is that it’s too expensive, €40 a sesh. Just stick to your iron weight set.

When I showed up to this address for my first Vacu Running session, I was surprised to find that the establishment was a tanning salon. The name’ Point Soleil’ really should have been a tip-off – ‘soleil’ is ‘sun’ in French.

Me: Jordon Paul (it’s easier to say in a French accent than Ramsdell)

Crispy Beige Attendant: (Way too much French to understand)

She quickly gave me what looked like a ‘spray skirt,’ for kayaking. A spray skirt is basically a neoprene tutu that fits tightly around your midriff and connects to the mouth of the kayak so that water doesn't get into the boat. But I wasn’t kayaking, I was vacu-running, so I became even more eager to figure out just exactly what I'd got myself into.

Vacu-running combines physical activity with depressurization ‘vacuum’ and infrared. Essentially, you run on a treadmill that is encased in a plastic shell. The shell has a hole in it so that the top half of your body pops out like a mole in the whack-position during a game of Whack-a-Mole. The neoprene tutu provides a seal around you and the covering – so that the vacuum can do its suction thing and make everything feel super heavy.

From your waist down, you’re also experiencing an infrared sauna. This means even though you’re running at a nice leisurely pace, you’re about as sweaty as a child in an iPhone factory.

Vacu-running is said to improve blood and lymphatic circulation as well as burn fat. It specifically targets the hips, glutes, thighs, and legs. The salon claims that each session burns 400 to 700 calories.

Side Note: As I write this, I now realize it’s an exercise geared more towards women.

After completing the 30-minute workout, I felt great, but I always feel great after I leave a sauna. At a price of €24 per session, I’d prefer to stick with hot yoga.

Just flood a Soul Cycle class with about 4 feet of water, and you'll get Aquabiking/Auquacycling.

Clad in nothing but a black Speedo, I lowered myself down into the small stationary-bike filled pool. I was careful not to make a splash because I wanted to stay off the radar of the regulars. There was no need to draw attention to the newbie in foreign waters.

Another Side Note: Parisian pools require that you wear a Speedo. No loose shorts, don't even try. If you're swimming laps, you will also need to wear a swim cap.

Most of the bikes in the first few rows were filled with fit housewives, perky college girls, and super trim gays. They looked like they all knew each other and attended this specific class, at this specific time, EVERY DAY. In other words, not my people. Slightly intimidated, I made my way over to a bike in the middle of the pool next to a lonely elderly gentleman.

We exchanged bonjours then the guy started speaking to me in English with a posh London accent. He told me that his name was Gregory and that he was originally from a small town in England. Greggerz was a retired journalist and had been living in Paris for the past 25 years. He started aquacycling after his knee surgery last year.

One of auquacycling’s biggest benefits is that it’s a low impact form of exercise. The water supports 90% of the body’s weight to counterbalance the force of gravity. This is optimal for people who have muscular or joint problems because the buoyancy significantly reduces the amount of shock transmitted to joints, ligaments, and bones.

A lean man with about 10 abs, a thin mustache, and the world’s tiniest Speedo walked to the front class. Standing on the deck, he changed the music to Lizzo’s Truth Hurts then introduced himself as Mateo, the instructor of the class.

Mateo recognized me as a newb and came in hot the French. He said something like: Is this your first time? What is your name? Do you have any health problems? The recognizable words there were: premier, votre nom, and problèmes.

Sorry, for my English. Mateo said.

Sorry, for my French, I shrugged. Mais tres bien. j'ai les yeux. (I was trying to say that it’s all good and that I can watch what the others are doing in order to understand what I need to do, but what I said was 'I have eyes')

Mateo laughed then went on to teach a surprisingly challenging class that killed my hamstrings.He incorporated free weights, ab work, and elastic exercise bands. It was a tough full-body workout.

I’ve completed four or five auquacycling classes since this first class. It’s about €20 per session - with discounts if you buy a package. In comparison, a yoga class will usually run you €20-25... €20ish is average for any of the group classes in Paris.

I justify it by telling myself that I would spend the same amount on dinner at a restaurant. Which reminds me, for God's sake man, quit eating at restaurants, YOU HAVE FOOD AT HOME!